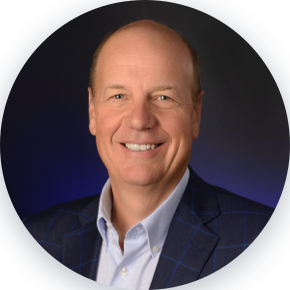 Gene Lee was named Chairman of the Board in January 2021 after serving as President and Chief Executive Officer since February 2015. Gene brings more than 30 years of restaurant operating experience to the role, which ranges from early stage high-growth concepts to large high-volume chains.

Previously, Gene served as President and COO of Darden for one year. In his role, Gene had strategic and operational responsibility for more than 2,000 Red Lobster, Olive Garden and LongHorn Steakhouse restaurants in North America with $7.5 billion in annual sales and 180,000 employees. He also had functional responsibility for restaurant operations, brand management, culinary, and business insights across all Darden brands. Prior to being named President and COO, Gene served as President of Darden’s Specialty Restaurant Group (SRG) for six years. Under Gene’s leadership, the Group grew from 60 to 175 restaurants, including the acquisition of two brands – Eddie V’s and Yard House – while delivering annualized sales growth of 17 percent and annual restaurant earnings growth of 26 percent.

Gene, 60, joined Darden in October 2007 as part of the company’s acquisition of RARE Hospitality International, where he served as President and Chief Operating Officer. Gene had been with RARE since January 1997, serving initially as Executive Vice President of Operations for its Bugaboo Creek Steakhouse concept. He became Executive Vice President of Operations for RARE’s LongHorn Steakhouse division in October 1997 and was promoted to COO of RARE the following year. In 2001, he was named President of RARE and elected to its Board of Directors.

In 2018, Gene received the Gold Plate Award for industry excellence from the International Foodservice Manufacturers Association (IFMA), which is widely regarded as the foodservice industry’s top honor. In 2013, he was recognized with the People Report Workplace Legacy Award which is presented annually to the leader who has clearly demonstrated a commitment to balancing people and performance throughout his or her career in the foodservice industry.

A native of Massachusetts, Gene earned an MBA from Suffolk University in Boston. He currently serves as Chairman of the Board of Directors of Advance Auto Parts, Inc.