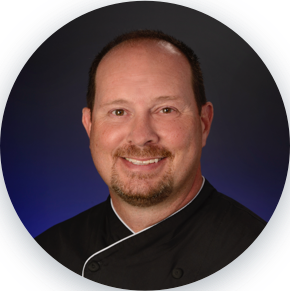 Michael Senich is the Executive Chef and Vice President of Culinary Development for LongHorn Steakhouse. Chef Senich is responsible for creating and enhancing the quality of LongHorn’s menu items, which are featured in more than 520 restaurants nationwide.

Before assuming his role at LongHorn, Chef Senich oversaw product development for Red Lobster for six years as a member of the executive chef team. Previously, he worked at the world-famous Walt Disney World Resort in various restaurants at the Hollywood Studios theme park before specializing in culinary innovation for the destination.

Chef Senich began his career with the global hotel brand, Marriott International, Inc. where he opened various successful restaurant concepts. He is a self-taught culinary professional that has amassed more than 34 years in the restaurant industry.