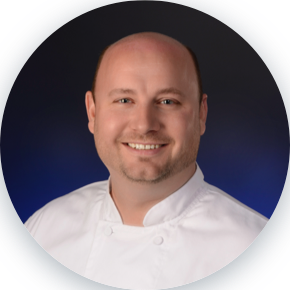 Robert Pesch is Executive Chef for Cheddar’s Scratch Kitchen and an Officer of the parent company, Darden Restaurants, Inc. In this role, he leads the teams responsible for food and beverage development, menu strategy, culinary operations as well as operational excellence. Robert joined Darden in 2017 following Darden’s acquisition of Cheddar’s, where he served as Vice President of Culinary since 2012.

Robert is a culinary professional with over 25 years of experience in operations and menu development. Prior to joining Cheddar’s, he was Executive Chef for Hillstone Restaurant Group, working on the brands R&D Kitchen, Bandera, The Rutherford Grill and Houston’s.

Robert graduated with a Bachelor’s degree in Culinary Arts and Hospitality Management from the Culinary Institute of America in Hyde Park, New York.